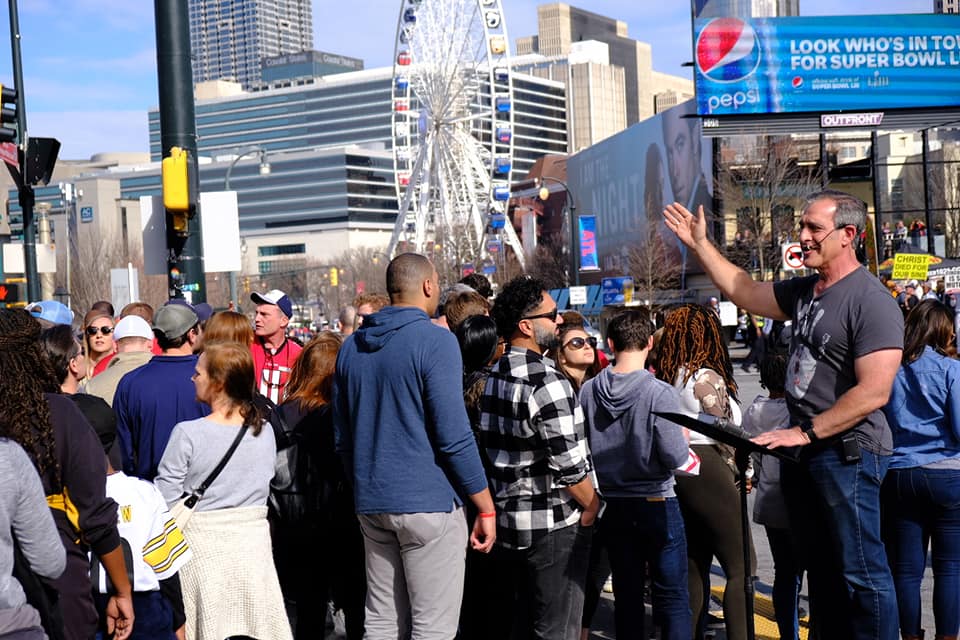 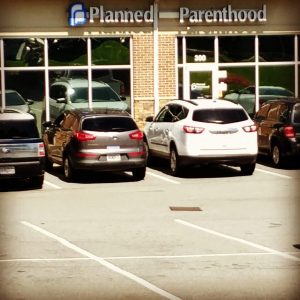 For the first time in a few months, on June 26th, our family was able to get back out for some ministry work at our local Planned Parenthood murder mill. It was February 15th that I went into the hospital, and prior to that, this facility had been shut down due to some broken water pipes that flooded their building after a hard freeze over the winter.

The Lord graciously granted me the strength and ability to finally go with my wife and sons, and I am so thankful to have been able to do so, even at the expense of it having to be at a place that prides itself in the murdering of children. Prior to heading out on the morning of July 3rd, I commented on Facebook that I always get excited about opportunities to go out and preach the gospel, but my emotions are mixed when it comes to going to a place like this. Dads and moms make premeditated plans to set up an appointment time to have the life of their child ended, more often than not, serving their child up at the altar of “convenience.”

On the 26th, we joined up with Chike Uzuegbunam of Magnifying Christ Ministries. Chike (pronounced “chee-kay”) did all of the preaching, as my family and I held signs on the sidewalk for passerby’s to see. Even though we had not been there in a few months, the parking lot seemed more full than I remembered seeing it in the past, with a lot of activity in and out of this place. Even so, we had little personal interaction with those there, but rather, just the occasional reaction from those in vehicles driving by expressing either their approval or disapproval of us being there. Although I did not preach that day, it was a great joy to be able to be out once again. I truly believe that whether you preach, hand out tracts, hold signs or pray, you are contributing to this ministry in an important way. 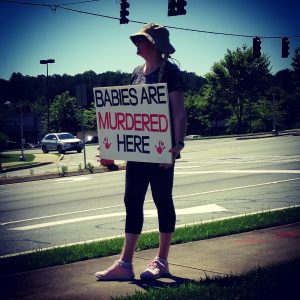 The Lord allowed us to once again go back out, on July 3rd, and we joined up with Chike, Bobby McCreery (To the End of the Earth Ministries) and Rich Suplita (Word on Campus Ministries). I have served alongside these brothers for a few years (with Bobby, about 9), and after having been sidelined for the past few months, it was so refreshing to be with them again. We did have some interaction from some dads, moms and even grandmothers (the mother who escorted her daughter there), as well as some lively gestures and responses from passerby’s. One such comment we heard from a “lady” driving by was, “The world would be better off if you were dead!” A few middle fingers, “get a job!” comments and others that I won’t repeat here were also heard. There were, however, also quite a few “thumbs-up” gestures we received.

Bobby once told me that someone asked him if going to a place like this for ministry is a safe place to take kids. His response was essentially, “People are coming here to murder their child, so no, it is potentially very unsafe. But that doesn’t make this any less important or necessary.” Agreed. 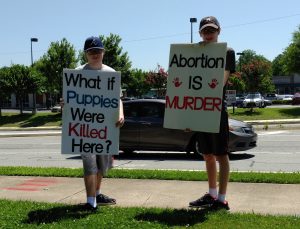 After I was personally fed by listening to the others preach, I was handed the mic and told to do some myself. What a privilege and thrill to be able to open the Word of God and herald the truths contained within its pages! One particular part of Scripture I like to read and preach from when we are at the murder mill is Psalm 139. The Christian Standard Bible heads the chapter this way: “The All-Knowing, Ever-Present God.” This chapter is a stark reminder, that no matter where we go, or what we attempt to do, even in secret, God knows; and He not only knows where we go and what we do, but He also knows our thought life. It also tells us the He is the giver of life, and so, to come to come to a place like Planned Parenthood (or any abortion clinic) to murder your child is an assault on the Giver of life, and it distorts the image of God, because we are to be His image bearers on this earth. There’s so much more to say about this text, but I’m sure there are wonderful sermons out there you can find that explain it much better than I am able! 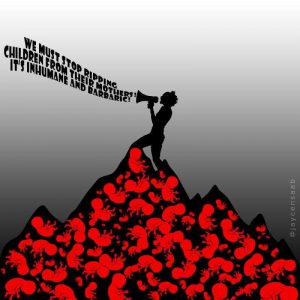 As I began to preach, I was reminded that our nation was about to celebrate Independence Day. One of the “freedoms” people have in this country is that they can walk into an abortion clinic and have someone legally kill  their baby for them. People are up in arms about children being “ripped away” from their parents at our borders, yet fail to see the irony of what abortion really is…ripping a child away from their parents. Apart from the saving work of Jesus Christ, we are not free at all; we are bound and shackled and slaves to sin, and the only remedy for this is God saving us and freeing us from the prison of sin and death! The only thing we are “free”to do is act according to our nature, and we are either slaves of sin or slaves of Christ.

If you notice the first image in this article, the windows of this murder mill are darkly tinted, so no one outside can see in. I refer to the entrance of this place as “death’s door” for those who do business there, and I plead with those who enter, that on the day they stand before their Creator, after they’ve taken their last breath in this life, that they will not be covered in the blood of their slaughtered child, but rather the blood of God’s slaughtered Son, the only blood that can save.

“If I say, “Surely the darkness will hide me, and the light around me will be night”— even the darkness is not dark to you. The night shines like the day; darkness and light are alike to you.” (Psalm 139:11-12)

Please continue to pray for this ministry, and for us, that we would continue to love those who come to this place…love them enough to always tell them of the hope of reconciliation, healing and forgiveness found in Jesus Christ.

If you want to learn more about the American Holocaust known as abortion, please consider visiting 180movie.com and BabiesAreMurderedHere.com.